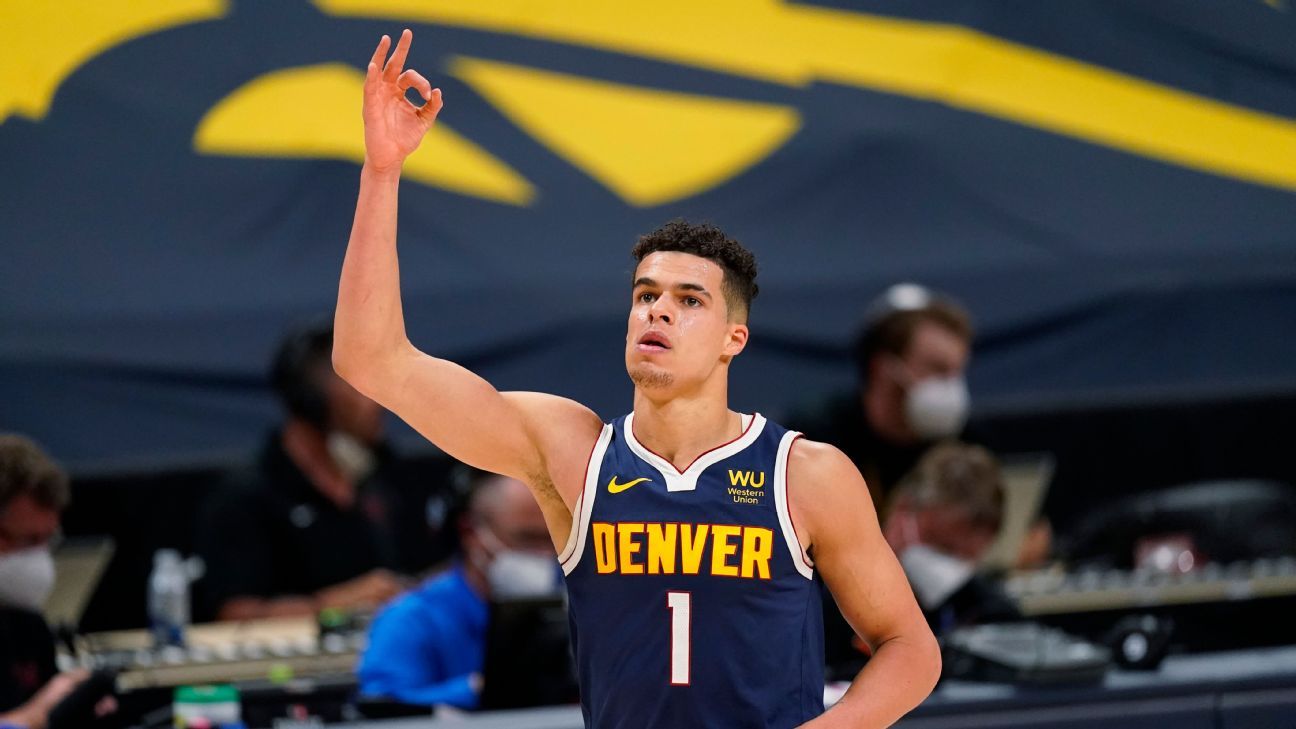 “Right now I’m going game by game. I’m not ruling anything out,” Porter told ESPN’s Andscape after the Nuggets’ 123-101 loss to the Warriors in Game 1 on Saturday night. “That’s a thing I never want to deal with again, so I’m just taking my time. … I play it game after game. Every morning I wake up and know that I feel good. Every day I get closer.”

Porter underwent lumbar spine surgery on December 1 to treat a lower back injury. It was his third back surgery since November 2017 while he was playing for the University of Missouri. The 6-foot-10, 218-pounder appeared to be physically handicapped this season, having averaged 9.9 points and 6.6 rebounds before a break. He last played for the Nuggets on November 6 against the Houston Rockets.

ESPN’s Adrian Wojnarowski reported on Feb. 27 that Porter is set to return to the lineup sometime in March. But Porter told Andscape that those hopes have changed after suffering a setback in his rehabilitation a month ago.

“I felt pretty good. I felt ready to go. I was ready to rise again. I was just a little sore so about a month ago I realized I was good but I was trying too hard to come back. ” he said. “I can do anything. I have no limitations. But when I could play at full speed again and do everything, I just had a little bit of pain. So I just decided that if I feel perfect, I’ll come feel back. If not, I’ll take my time.”

When asked how his body feels now, Porter said, “I feel close [perfect].”

The Nuggets opened their playoff series against Golden State without Porter, 2019 All-Star Guard Jamal Murray and reserve guard Facundo Campazzo. Murray hasn’t played since tore the ACL in his left knee in the playoffs last season. Campazzo was suspended for one game in Game 1 for shoving Los Angeles Lakers guard Wayne Ellington a week ago. The Nuggets haven’t ruled out the return of Porter and Murray. Game 2 between the Nuggets and the Warriors takes place on Monday night.

Porter only played three games in Missouri in the 2017-18 season due to back problems. ESPN’s #1 preparer in the 2017 class went from a potential #1 in the 2018 NBA draft to the Nuggets’ 14th pick and missed his entire rookie season after back surgery.

He lived up to his potential in the 2020-21 season, averaging 19 points, 7.3 rebounds and 2.8 3-pointers per game, and the Nuggets rewarded him with a five-year extension worth at least 173 million dollars, which begins next season. Injuries have limited him to 125 regular season games in four seasons.

“I love basketball and I put everything into rehab,” he said. “I’d rather put everything on the pitch than in rehab, but it’s there. It’s all a good chance to grow. Some days I can see the positive. Some days I’m stuck in the negative. But I try to stay positive instead of negative.

“People have been counting me out before. I’ll be back and do better. It’s only a matter of time. People are caught up in the here and now. But it’s not the last of me. I’ve been through it. Me I’m feeling good. I’ll come back better than ever. I have no doubt.”

Porter described the challenge of coming back from his back injury as “more mental than physical” and was grateful to his athletic coaches during his rehab. He also credited his Christian faith for helping him get through the tough days.

“Through all my trials, through all my adversities, I always go back to the bigger picture,” he said. “I go through things for a reason. I’m really trying to learn from it. … I know in my eyes that God always has a plan for me, so I try not to give up. When you go through hurts, when you work so hard, you realize that no matter how hard you work, a lot of things remain in God’s hands.”